Period 1
Ringo Kinoshita (木下 林檎 Kinoshita Ringo) is a student of Tamo Agricultural High School who was an idol previously performed under the stage name Yuka Kusakabe (草壁 ゆか Kusakabe Yuka?) and she unexpectedly retired from show business where she enrolls herself there.

Ringo has steel blue hair that is usually tied to side twintails and straight-cut bangs with dirty white ribbons (her hair color is Spanish violet and her ribbons are clear white in the anime), fandango eyes with shades of coral pink and a rather emotionless or tired face.

She has more lively face with her usual idol attire. Her hair is left straight down to her waist with two side-twintails higher than her eyes.

Unlike her idol persona (Yuka), Ringo is a more reserved and quiet girl whose personality seems to be very stiff and plain, but during the time spent at Tamo Agriculture School with Kōsaku Hata and the others, she starts to warm up and even smiled at the end of Episode 4 after Kōsaku and the others show her a field of dead soil and she eats a tomato from one of the refreshed soils which took 7 years.

Ringo used to be a pop idol before she decided to retire and move to the Tamo Agriculture School. At the end of volume 11, she suddenly disappears from the dormitory where she only leaves a letter that said "Thank you" and an empty frame, in which she only took the photo that was in the frame. In Volume 13, it is revealed that she went back to Tokyo to continue her idol career. At the end of volume 13, she answers "agriculture" to a reporter who asked what joy of life she found that made her return to being an idol and she sets off to her comeback concert.

Ringo is somewhat a rival of Minori's for what seems to be Kōsaku Hata's affection (she has called Minori a "Fat Ass"/"Jackass" and a "Meddling Bug" in an episode while competing to plant rice in a rice field), yet they became on good terms after the incident.

It is eventually revealed that Ringo came to the school because Minori Nakazawa wrote her a letter about Kosaku, which caused her to fall in love with him. She confesses her feelings to him in the eighth novel, and they begin dating. 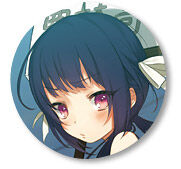 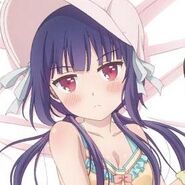